“Never let a thing’s worth obscure its value.” This line spoken by the devious art dealer Joseph Cassidy, played by Mick Jagger, proves to be the unofficial theme of this beguiling but inert thriller from Giuseppe Capotondi. "The Burnt Orange Heresy" is a film about the subjective regard to which art is held that doesn’t make good on the promise of its early, albeit sometimes painstakingly slow, scenes.

The cast is solid with Elizabeth Debicki playing the elegantly mysterious Berenice Hollis, whose barbed flirtation and unreadable disposition leaves you both intrigued and uneasy from the start. Claes Bang is perfect as James Figueras, the handsomely, ragged art critic who has been tortured by his unfulfilled dream of being a famed painter. His opening lecture, a monologue of deceitful symbolism and autobiographical detail, is a textbook moment of foreshadowing. James and Berenice create a clever, searing chemistry that ultimately lands as one of the film’s best traits. These two were destined to create a menacing union—this is clear when we learn early on that she believes that truth is found by peering into the window of art, while he (as we learn in his opening scene) is stirred by the power of art to obscure the truth. Even as they fall into bed together, the stimulating tension between the pair is marred in deception.

The new lovers descend on Cassidy's lavish estate, whose desperation to obtain an elusive Jerome Debney (Donald Sutherland) work has led the affluent collector to house the demure artist on his breathtaking Lake Como estate. Cassidy’s dire need to possess the artist's only salvageable work drives his villain-like complex when he offers James the opportunity of a lifetime: an exclusive interview with Debney—a career-defining move for a man fixated on his own life-long dreams of fame. The catch? James must use his Machiavellian ways to beguile himself into the artist’s good graces in order to steal this long-awaited work.

Debney has been out of the public eye for half a century, and while the film creates an air of veneration and speculation, it’s easy to be split on whether anyone in the art world would really still be eager for his work. Yet, that’s the narrative engine on which the film is built and James’ naked ambition makes him just desperate enough to take on an extraordinary assignment with deadly consequences.

Adapted from the 1971 Charles Willeford novel of the same name (whose other work was the inspiration for films like "Miami Blues" and "The Woman Chaser"), "The Burnt Orange Heresy" is clumsy in its second act with its humdrum dialogue wedged between an alluring first act and a hasty third act. With such a ripe opportunity to explore the contentious relationship between our ability to fabricate both art and love, the film is a seductive noir that, as a whole, comes up empty.

TheThe How to Train Your Dragon series began with a young Viking boy stumbling upon an injured dragon known as a Night Fury. Instead of killing the dragon, Hiccup befriends the creature, names it Toothless, and in doing so, changes the relationship between Vikings and dragons forever. 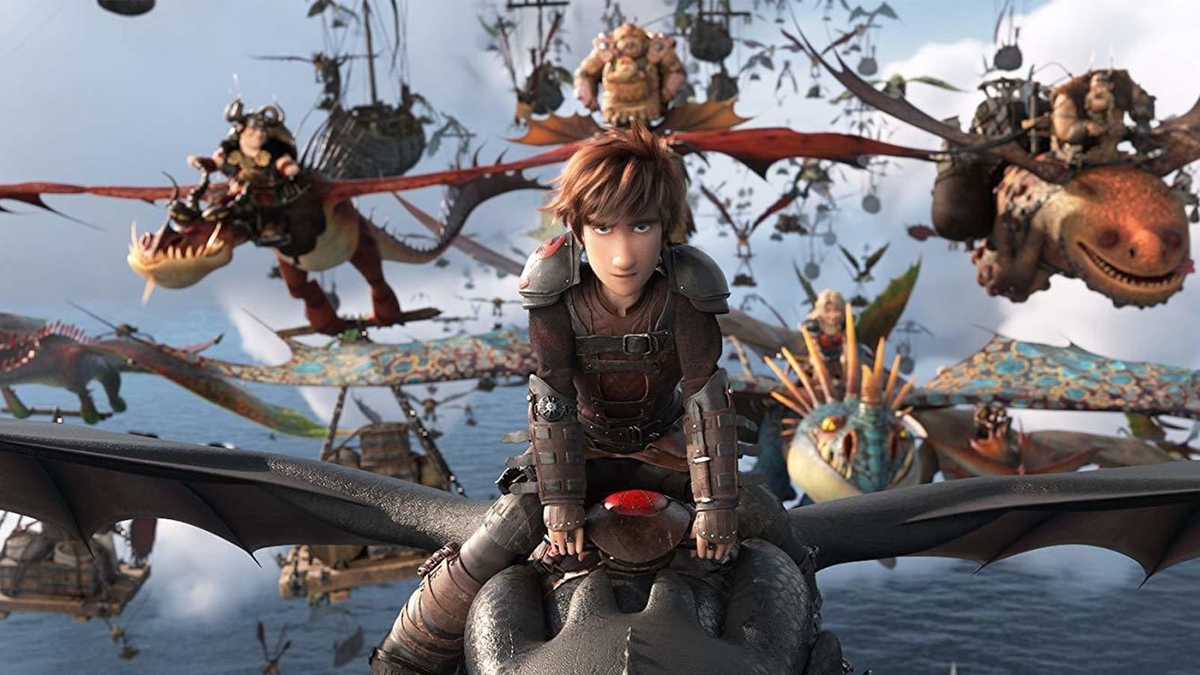 how to train your dragon 3 watch online: The Hidden World, the third and theoretically final installment, again lets the consequences of the characters’ decisions play out, even when they’re not exactly pretty. If you recall: Hiccup loses a leg in the first movie and wears a prosthetic for the rest of the trilogy; Hiccup’s father Stoick dies midway through the second movie, leaving Hiccup as chief of the village of Berk; and at the end of the sequel, Berk opens its doors to all dragons as a safe haven.

The Hidden World is a big “what if?” after Hiccup saves the day in Dragons 2, focusing less on a specific villain than the societal clashes of humans and dragons living together in the same world. We do get a bad guy (Grimmel, a dragon hunter who lives for the thrill of the chase), but evil plots don’t drive the airbound action movie to its conclusion. Instead, The Hidden World is a culmination of choices made over the past three movie that results in thrills, tears, and an emotional payoff that resonates.

[Ed. note: This article contains some spoilers for How to Train Your Dragon: The Hidden World.]

In the threequel, Hiccup and his friends eagerly rescue and welcome dragons into Berk, but every time they return from their mission with a trove of new dragons, Berk gets a bit more crowded, the giant “Here Be Dragons” target on its back growing a bit more obvious to dragon hunters. After a particularly disastrous attack by Grimmel, Hiccup realizes that as long as Berk continues to welcome dragons, they’re a sitting target. But Berk — like, say, Thor: Ragnarok’s version of Asgard — isn’t about location; it’s about people. So starry-eyed Hiccup decides that they must relocate to a place on the edge of the world where dragons originated, and the Vikings of Berk can live with the creatures in peace.

No one else quite believes that this hidden world (get it?) exists, but they do agree that evacuating the village is the best course of action.

With more dragons, more locations, and technology that can push the designs to new bounds, the flying sequences — pivotal in the Dragons franchise — are more exciting than ever (and, frankly, seeing a whole armada of dragons is just cool). Vikings now incorporate their dragons into their fighting styles. Hiccup’s mother Valka favors a stealthy approach, while braggart Snotlout takes on a more bombastic style, a reminder of the distinct character physicalities of How to Train Your Dragon’s characters. This is a franchise in which women have notably different face designs: While Astrid does falls into the traditional round face, small nose, the designs of the other prominent female characters — Valka and Ruffnut — offset it. It’s rare.

Login to quote this blog

You cannot quote because this article is private.